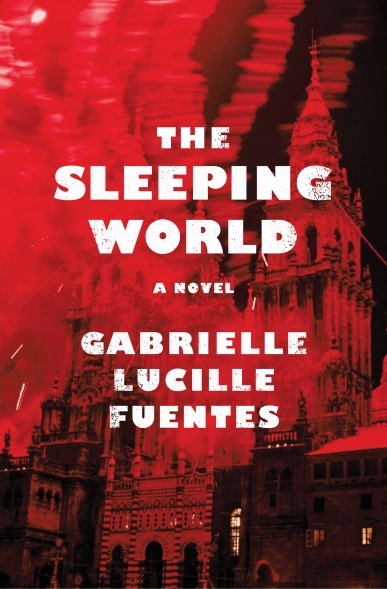 “A politically conscious adventure story in which Fuentes manages to strike a powerful balance between vivid characterization and ideological critique, capturing a generation for whom David Bowie and the Ramones were not merely pop icons but heroes.”

“In her astonishing and haunting debut, Fuentes captures the violence and turmoil of post-Franco Spain in 1977, as seen through the eyes of Mosca, a college student whose world implodes when her beloved older brother, Alexis, disappears. … As [Mosca] becomes more obsessed with guilt for not helping him before he disappeared, her life becomes desperate and detached—a kind of sleepwalking, dreamlike state infused with an undertone of violence, in which the dead and the living seem to share the same space.” —Publishers Weekly

“A searing, beautifully written novel that captures the exhilaration and dangers of 1970s post-Franco Spain. Mosca, a bitterly jaded young woman, goes on a harrowing search for her missing brother—and the history that destroyed their lives. Violent, heartbreaking, unforgettable, The Sleeping World is a stunning debut.” –Cristina Garcia, author of Dreaming in Cuban

“Full of ferocity, full of desire, full of sadness, full of love, The Sleeping World by Gabrielle Lucille Fuentes is a marvelous novel.  Fuentes goes all in here and the resilient people and damaged world of post-Franco Spain are conjured with bracing warmth and terrifying vividness.   As she writes near the beginning, “After lightning there is the sky, black as before but jittering.”  I was sweating when I put this novel down.  That happens all too rarely.” –Laird Hunt, author of Neverhome

“Restless, deeply imagined, and exhilarating, The Sleeping World is a lyrical novel about searching and loss and the essential urgency to live. Fuentes vividly evokes the yearning, churning rage of these students in tumultuous post-Franco Spain. A gorgeous and powerful debut.” –Kirstin Valdez Quade, author of Night at the Fiestas

“In The Sleeping World, Gabrielle Lucille Fuentes succeeds in capturing Spain’s liminal period between dictatorship and democracy on an intimate, deeply personal level. The fever dream of Mosca’s story, however, reaches beyond Spain’s borders to confront universal questions of love and loss amidst the violent current of history. This is a novel that will stay with me.” –Gabriel Urza, author of All That Followed

“A wonderful voice and a beautifully surprising third act.”–Kea Wilson, author of We Eat Our Own

“How do you have the energy to move forward, when 2016 seems to have been designed to suck the life out of us? . . . You read Gabrielle Lucille Fuentes’s The Sleeping World. It’s a novel that thrums with revolution, with youth, and with longing. Set in 1970s post-Franco Spain, it’s full of punks and students and siblings and activists and the possibilities of a world turned upside down.” –Reviewed by Kaitlyn Greenidge, author of We Love You, Charlie Freeman, for The Fader

“The women in this novel are hard and sharp and searching, and the dirt and hunger and sorrow throughout get into your bloodstream fast, fastening you tightly to the narrative. It’s both thoroughly engrossing and weird, that difficult to attain mix of skilled storytelling coupled with trust in the reader’s ability to shift between modes and meet the story in its raw gut of feeling.” –Reviewed by Gina Abelkop, author of I Eat Cannibals, for Lute & Drum

“An adventure rife with emotion and sacrifice.” —Ms. Magazine

Casasrojas, Spain, 1977. Military rule is over. Bootleg punk music oozes out of illegal basement bars and fascists fight anarchists for political control. Students perform protest art in the city center, rioting against the old government, the undecided new order, against the university, against themselves. At the center is Mosca, an intelligent, disillusioned university student, whose younger brother is among “the disappeared,” kidnapped by fascist police, missing for two years, and presumed dead. Spurred by the turmoil around them, Mosca and her friends carry their rebellion too far and a violent act sends them spiraling out of their provincial hometown. But the further they go, the more Mosca believes her brother is alive and the more she is willing to do anything to find him.